The “Summer Sounds” show at the Daily Grind was a great success!  See below for the videos of the stories!

Ron was born and raised in Tyler and spent nearly his entire life in the Marshall area, except for the times he spent living in the cities or serving in the military. For over 20 years Ron has served in pastoral ministry, and in the last year he has taken on the role of the program supervisor for the Karen Organization of Minnesota. The past 4 years have combined 2 of Ron’s passions: researching material and alcohol. Ron writes a column called “Cheers” for several publications where he talks about cocktails. He takes his research very seriously, never passing a liquor store without stepping in to check out their wine selections (which he says drives his kids crazy). As Ron puts it, he enjoys “everything that comes from grapes.” 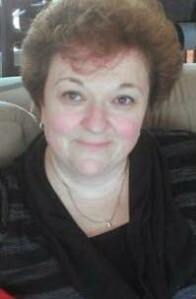 Nonna came to the U.S. in 1991 and started teaching math in Marshall in 1994. She has 2 kids and 1 grandchild, and she says she doesn’t have hobbies because she gets to enjoy spending all her time outside of work with her husband, son, grandson, and mother.

Ben is a co-founder of MAST and works at SMSU teaching and coaching speech. He enjoys playing with his children and finds comfort in routines, cake, and fantasy football. A lifelong Star Wars fan, Ben is excited about the new movie being released in December and just might go dressed in costume.

Barb is the coordinator for the Adult Community Center here in Marshall, and has spent almost her entire life in the Marshall/Minneota area. She enjoys bird watching, flower gardening, and teaching her grandkids “everything their parents don’t want them to know,” but that they can only do at grandma’s house. As a part of her Christmas cookie baking event, a tradition that spans over 20 years, she likes to test boundaries, such as just how much flour one person can get on them, and how much sprinkles, frosting, and candy one cookie can hold.

Riley is a new addition to the Marshall area. She has lived here for approximately 12 days, but has already gotten plugged into the community. She is an English teacher at the Yellow Medicine Middle School. Her favorite type of cheese is Swiss, and Riley described herself as the human Fozzie bear.

Dave Brennan “The Day I Became a Jedi” 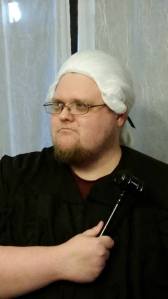 David Brennan is a southern Minnesota native and graduate of MSU, Mankato. He’s currently the head coach for the Wartburg speech team, and spends the rest of his time watching movies, playing games, and being a Doctor Who expert.